Generic drugs are cheaper than originator drugs but of comparable quality to their branded counterparts, and can therefore yield substantial savings. We conducted a comparative analysis of policies on generic medicines in retail markets in Europe, and proposed tools to continue developing them. Here we provide an overview of our research.

We then analysed the effect of prescribing quota for cheap medicines in Belgium [8]. A cheap medicine was defined in this case as a generic medicine, an original medicine whose price has dropped to the reference price level, or a prescription by International Nonproprietary Name (INN). The policy was successful, as most groups of physicians reached their minimum annual percentages between 2006 and 2009. The percentage of cheap medicines (in defined daily doses) increased from 22.9% in January 2005 to 44.2% of all prescribed medicines in ambulatory care in December 2009. The percentage of generic medicines increased from 12.10% in 2004 to 24.03% of all prescribed medicines in ambulatory care in 2008. Despite the success of this policy, it could be even more successful. The definition of cheap medicines in Belgium currently also includes any prescription by INN, whether or not this actually leads to the dispensing of a lower priced medicine.

We investigated pharmacist remuneration systems, as it is important that pharmacists are not financially penalized for dispensing generic medicines, which has been the case in some European countries [9]. Pharmacist remuneration should move towards a fee-for-performance model instead of a price-dependent model; the latter has been the model of choice in many European countries.

On the basis of our research, we propose recommendations to enhance market access of generic medicines in the European Union. These include establishing a unitary EU patent and a unified and specialized litigation system at European level; faster approval of pricing and reimbursement decisions upon marketing authorization; and a reduction of backlogs in national approval systems.

We make recommendations for governments so that they can continue developing their generic medicine retail markets. These proposed policies have been shown to increase the use of generic medicines effectively, independent of any country-specific characteristics. The recommendations concentrate mainly on demand-side issues, such as increasing prescribing by INN, improving physicians’ training and education in drug selection, implementing electronic prescribing systems for physicians, introducing fee-for-performance systems for pharmacists, and improving patients’ perception of generic medicines. The effect of hospital policies on generic medicines is discussed, as this may affect future medication schemes in ambulatory care. 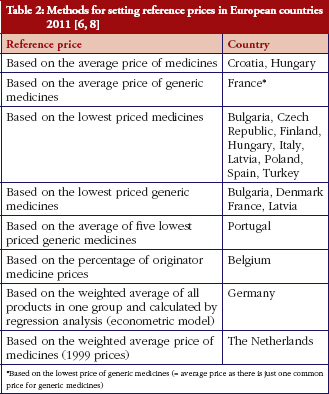 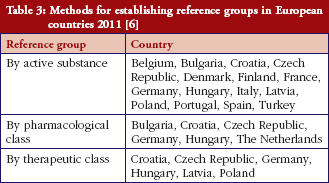 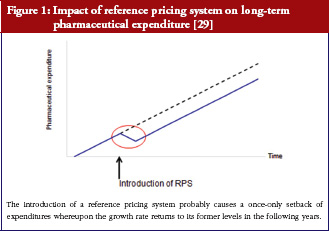