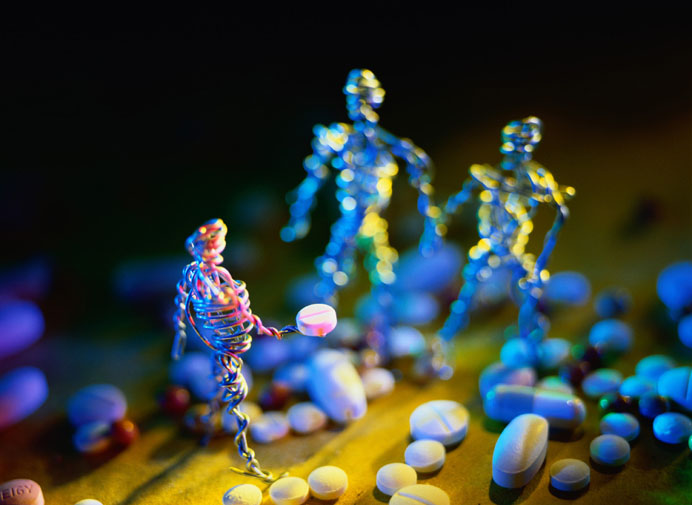 Biological medicines are already becoming an increasingly important part of health care. With patent expiries on originator biological products, biosimilars are also increasingly become a part of this future. In fact, by 2020 twelve of the top-selling biologicals will have lost patent protection, opening up an estimated US$24 billion in EU sales and US$30 billion in US sales.

Biologicals have potential to reach up to 50% share in global pharmaceutical market in the next few years.

India is one of the leading contributors in the world biosimilar market and is the third-largest in the Asia-Pacific region, after Australia and China. India has demonstrated high acceptance of biosimilars, which is reflected in the 40 biologicals marketed in India, of which 25 are biosimilars The Indian biotechnology industry is also gaining momentum, with revenues of over US$4 billion in 2011, and which are projected to reach up to US$580 million by 2012.

While small molecule drugs are ideal for generics replication, biological drugs are not so simple. Biological drugs are usually large, complex molecular structures derived from or produced through a living organism, making them very difficult to replicate.

Efficacy
In the past some differences in efficacy have been observed between biosimilars and their originator biologicals. It is therefore imperative that any such variability is controlled and that biosimilars are as ‘biosimilar’ to their reference biological as is possible – taking into account the variability due to the complexity and heterogeneity of their molecular structures.

Safety
The primary importance of the manufacturing process was highlighted when a slight change in the production process of an originator recombinant erythropoietin resulted in patients developing pure red cell aplasia.

To try to address this possible safety issue, guidelines from EMA on comparability of biosimilars state that preclinical data must be insufficient to demonstrate the immunological safety of some biosimilars. This means that safety must be demonstrated in cohorts of patients enrolled in clinical trials and using post marketing surveillance.

Substitution
For small molecule generics the issue of substitution is easy, since they are considered identical to the originator molecule. This, however, is not the case for biosimilars, which are large complex molecules prone to heterogeneity.

In the US, the BPCI Act gives FDA the authority to designate a biosimilar as interchangeable with its reference product. This means that the biosimilar may be substituted for the originator product by the pharmacist without reference to the prescribing physician. This is not the case, however, in the EU, where decisions on interchangeability are not made by EMA, but at a national level.

Conclusion
Biosimilars are set to become an important part of the future medicines market. Although biosimilars may differ noticeably from each other and from originator biologicals, this does not make them inferior, just different.

Interchangeability (switching and alternating) of biosimilars

Development of biosimilarsis not an easy matter

Biosimilar epoetins: how similar are they?

Approval of biosimilar epoetins: how similar are they?