Home » About GaBI » News » Switching between generics of anti-epileptic drugs

Switching between generics of anti-epileptic drugs 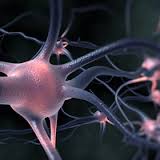 Two different generic versions of anti-epilepsy medicine lamotrigine have been shown to be bioequivalent in patients with epilepsy and to not cause any differences in seizure frequency or adverse events, according to a study published in the February 2016 online edition of The Lancet Neurology.

Lead author of the study, Dr Privitera, who is also the President of the American Epilepsy Society (AES), said the positive findings on the generic-to-generic switching of lamotrigine likely apply to other anti-epileptic drugs (AEDs). This statement, however, has led to comments over whether the findings can be applied to all AEDs [1].

AEDs have a narrow therapeutic range and therefore differences in bioequivalence and plasma concentrations could, in theory, cause over- or under-dosing resulting in toxicity or treatment failure [2]. While the US Food and Drug Administration’s (FDA) bioequivalence boundary of 80% to 125% may be acceptable for the treatment of some conditions such as cardiovascular disease, these have been questioned for drugs with a narrow therapeutic range.

If levels of active ingredient in the blood in a given patient increase by 15%, adverse effects may result, whereas a 15% decrease may trigger onset of seizures. It is for this reason that in the past some have argued that switching from brand-name anti-epileptics to generics might result in increased risk of therapeutic failure or adverse reactions [3]. However, it has also been found that even individual tablets of the same medication can produce as much as a 40% difference in the amount of active ingredient absorbed by the patient [2].

Such concerns have led several professional societies, including the AES and the American Academy of Neurology, to oppose generics substitution in patients with epilepsy without prior authorization by both physician and patient. However, results from the Lancet study, along with other studies, have shown no difference in bioequivalence when switching from a brand-name to a generic drug product or between multiple generics. The AES therefore revised its policy statement in January 2016, saying that the ‘FDA standards for bioequivalence are appropriate for patients with epilepsy’.

Experts in the field, although agreeing that the study on lamotrigine ‘was well done’ and has ‘results that are hard to dispute’, disagree that the results can be ‘extrapolated to widespread classes of drugs’. Dr David Charles, Professor and Vice Chair of Neurology at Vanderbilt University said that ‘there have been problems with switching between generic forms of phenytoin, such that many states require pharmacists to notify physicians when a switch occurs between these medications’. While Dr Gregory Krauss, Professor of Neurology at Johns Hopkins University said ‘the summary is a little too strong when it says you can apply the finding to all drugs, especially if they have narrower therapeutic ranges or there are 20–30% bioequivalence differences between formulations, such as, for example, for oxcarbazepine’.