US biosimilar uptake in the light of Obamacare 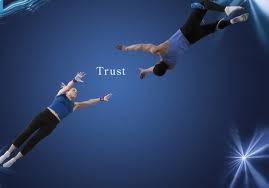 A literature review by researchers at Tufts University in the US concludes that market uptake of biosimilars in the US will depend on regulatory policies, including the smoothing out of issues concerning the country’s Food and Drug Administration (FDA) regulatory pathway [1, 2]. The review comes in the light of a new approval pathway for biosimilars established as part of the US Government’s Affordable Care Act, more widely known as Obamacare.

It is expected that biosimilars will increase treatment options and reduce spending on biologicals, but it is not clear how this will work in the US. Europe has led in this area [3, 4] and the US can learn from European experience.

Joshua Cohen, Research Associate Professor at Tufts Center for the Study of Drug Development, Tufts University in Boston and colleagues reviewed Medline-indexed manuscripts and grey literature published in the past five years on the topics of biosimilar development and market uptake. This data formed the basis of two stakeholder surveys for payers and physicians.

Payers who were questioned said they would promote biosimilar uptake by differentiating between the originator biological and biosimilar through the use of formulary tiering to steer patients and physicians towards biosimilars. Three quarters of payer respondents expected biosimilars to have a price discount of 15−35%. It is likely that payers will use formulary management tools, such as higher cost sharing for originators and lower cost sharing for biosimilars, to maximize cost savings.

Biosimilar uptake will face several serious hurdles. For a start, price reductions are likely to be between only 15% and 35% and originator manufacturers may offer higher rebates in order to dissuade people from buying biosimilars. In addition, biosimilars will face competition from new biologicals that will have been very slightly improved by manufacturers.

The most important considerations for physicians and payers were safety and efficacy, followed by out-of-pocket cost to patients, immunogenicity, and price of treatment. There was also a distinction made between patients who are already taking an originator biological and those who have never taken one. Physicians and payers would be more comfortable prescribing a biosimilar to a patient who is not already taking an originator biological.

A key driver in the move towards biosimilar use will be interchangeability. Once this has been established, payers may well employ formulary management tools, such as higher cost-share tiering for originator products and lower cost sharing for biosimilars.

Patient registries will be essential for monitoring of post-marketing safety and effectiveness of biosimilars and payers may wish to establish patient registries through coverage with evidence development arrangements.

Norwegian study may be slowing adoption of biosimilar infliximab