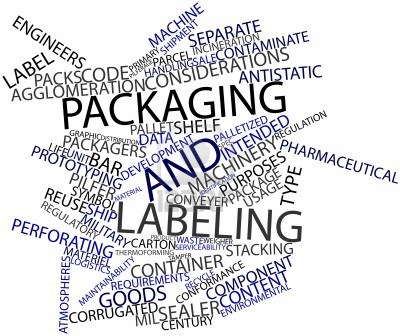 In the European Union (EU), labels (Summaries of Product Characteristics, SmPCs) for biosimilars and their reference products are, in many instances, almost identical despite different data requirements for the authorization of biosimilars.

To understand more about the above questions, EuropaBio commissioned a study of physicians’ labelling preferences in Europe [2] in 2015.

The survey was conducted between April and May 2015 in seven EU countries (France, Germany, Italy, Poland, Spain, Sweden and the UK) via an online anonymized questionnaire. A total of 210 physicians were sampled, including dermatologists, endocrinologists, gastroenterologists, haematologists, nephrologists, oncologists and rheumatologists. The vast majority of surveyed physicians (83.9%) had more than 10 years of practice, 89.5% had already prescribed a biological and 59.0% a biosimilar.

Regarding the use of the SmPC, the survey showed that the latter was the third most often referenced source of information when prescribing a biological product including a biosimilar. It was consulted ‘frequently’ or ‘occasionally’ by 90.5% of surveyed physicians. The SmPC came third after peer-reviewed journals (92.4%) and professional guidelines (91.5%).

When asked about the importance of the mandatory sections of the SmPC, almost all surveyed physicians (91.9%) considered Section 4, ‘Clinical particulars’ as the most important section. The SmPC section ‘Pharmacodynamic properties’, where clinical data and the biosimilar statement are found, received the lowest importance rating.

In the survey, physicians were asked to score the helpfulness of potential additional information in the biosimilar SmPC and their preferences between samples of Section 5.1 ‘Pharmacodynamic properties’, 4.2 ‘Posology and method of administration’, and 4.8 ‘Undesirable effects’ of the SmPC of an authorized biosimilar and the helpfulness of modified sample texts based on the same SmPC but with additional information.

Overall, the survey is the first of its kind in the EU to provide empirical evidence of physicians’ labelling preferences. It shows that physicians prefer more product-specific information in biosimilar SmPCs, and that the SmPC is an appropriate vehicle for providing physicians with information about biologicals.

Conflict of interest
The conduct of the survey and the preparation of the research paper [2] were funded in equal shares by AbbVie, Amgen, MSD, Novartis, Novo Nordisk and Pfizer. The ‘hybrid’ SmPC model, containing information from the reference and the biosimilar product, is the preferred model advocated by the majority of members of EuropaBio.

Editor’s comment
Readers interested to learn more about labelling for biosimilars are invited to visit www.gabi-journal.net to view the following manuscript published in GaBI Journal:

Tell me the whole story: the role of product labelling in building user confidence in biosimilars in Europe